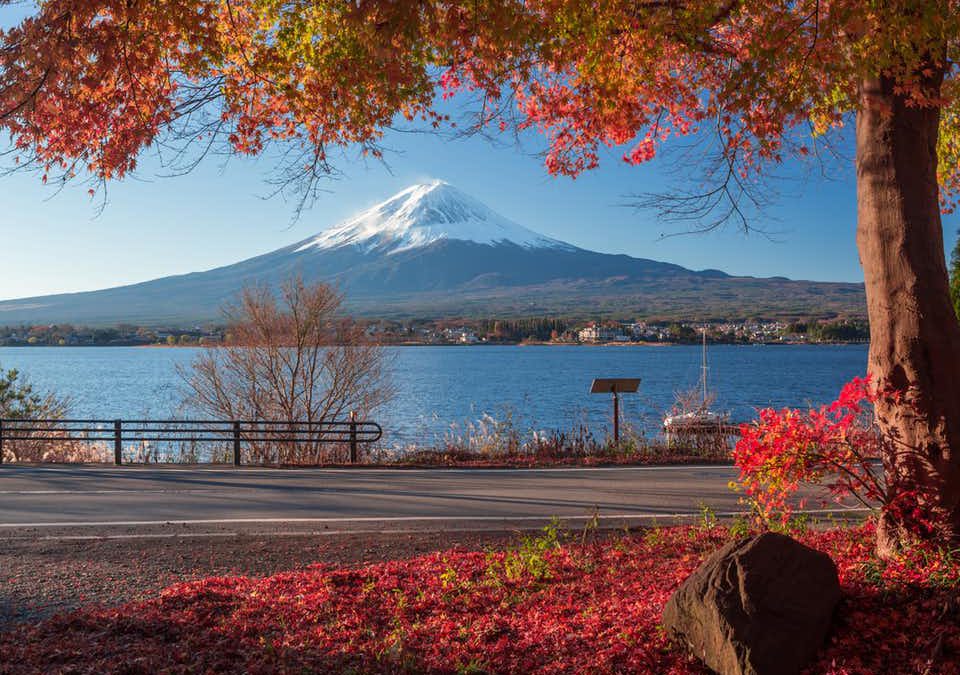 15 Indispensable locations in Japan for your audiovisual production

Japan, the country of the rising sun, is a fascinating place where tradition blends perfectly with technology and modernity. It is one of the most beautiful and impressive countries of our planet.

At first glance is Japan a model of modernity, but traveling through the country we encounter by numerous occasions its traditions. In this elongated and narrow volcanic archipelago is more than two thirds of its surface mountainous and dotted with hot springs everywhere.

The urban landscapes of the Japanese cities, full of neon, look like a science fiction film, although some have not changed in decades. Now that you have a brief summary of what you will find in this fabulous country, it is up to you to decide what will be the first destination to locate your audiovisual project.

Kyoto, the city of geishas and maikos (apprentice geishas), is full of temples and sanctuaries. The Fushimi Inari-Taisha Shrine, the Ginkakuji, the Kinkaku-ji or Golden Pavilion, the Ryoan-ji and the Kiyomizu-dera Temple are some of the famous destinations in Kyoto. A mix of culture, nature and urban airs for your audiovisual project. The gates of Fushimi Inari

The famous torii gates of the Fushimi Inari Shrine are probably one of the most famous postcard images of Japan. Not to miss in your photographic shooting or audiovisual production. More than 10.000 vermillion gates, spread over 4 kilometers, make up this temple, less than 20 minutes from Kyoto. On the outskirt of downtown Kyoto we will find a heaven of peace and tranquility, the wonderful bamboo forest of Arashiyama. It has become famous as one of the most beautiful and spectacular sceneries of Japan. Nature and tranquility for an audiovisual project with a lot of peace. Nara, located south of Kyoto, is an ancient capital of Japan. The most essential place is the Todaiji Temple, inside this great wooden structure we find the spectacular Great Buddha of Nara. Before arriving at the temple one passes through the beautiful Park of Nara, full of deer, with several temples and gardens. An ideal location for your audiovisual production or photographic shooting. Miyajima is a magical island that has been declared Patrimonium of Humanity by UNESCO. It is located near Hiroshima and its most prominent and sacred sites are the Itsukushima Shrine, built partially over the sea, and the Ootorii Gate, a wooden gate built in the sea, which base you can approach when the tide is low. A great location for an audiovisual production or photographic shooting. Shirakawa-go, the village of the White River, is a historic village located in the Japanese Alps. It stands out for the architecture of its houses built in the Gassho-zukuri style, with thatched roofs that look like two hands placed in a prayer position. Very useful to support the large amount of snow of this region. The town is very small, but you should not forget to go up to the viewpoint, the views from there are really incredible. Choose the time of the year, in which you want to make your audiovisual project, well, you do not want to see you surprised by the snow. Tokyo is an endless city, with temples, skyscrapers, millenary traditions and state-of-the-art technology. In many moments you will feel yourself like in a trip to the future. There are many things to do and to see in Tokyo, among which we can highlight the sunset over Tokyo seen from the island of Odaiba, the visit to the Meiji Shrine and the Sensoji Temple, the climb to the Tokyo Tower. Or let you surprise on Takeshita Dori Street, cross the pedestrian crossing of Shibuya or tour the neighborhoods of Ginza, Akihabara or Shinjuku. An infinity of locations with very different styles for your more urban photographic shooting or audiovisual project. Himeji Castle is one of the most impressive castles in the world. It is a World Heritage by UNESCO, and one of the few that remains of the Middle Ages. Its nickname is “the White Heron”, for its white color. It is built on a hill surrounded by cherry trees, which in spring make it one of the postcards of Japan. To see it in all its splendor, do not hesitate to locate your audiovisual production here during the flowering.

Nikko is another of those World Heritage sites that stands out for its sanctuaries and sacred temples. One of the places you should not miss is the Temple of Toshogu, known as the sanctuary of the Three Wise Monkeys and considered as a national treasure of the country. Other places you have to see are the Shinkyō Bridge, the Rinnoji Temple, the Futarasan and the Taiyuinbyo Shrine. A slow and melancholic atmosphere for your photographic shooting or audiovisual production. Gigantic trees escort pavilions, oratories, altars and pagodas in this spectacular ensemble and the white of the ceremonial doors, the red of the torii and the bronzes, that crown the curved roofs, acquire special tonalities with the sunset rays. Mount Fuji is a photogenic sacred volcano, the highest peak of the country and one of the symbols of Japan. The volcano has very little activity and in summer you can climb to the top or practice mountaineering. There are several places from which you have great views of the Fuji, such as from the Hakone area, the Kawaguchiko Lake, the Arakurayama Sengen Park of Fujiyoshida, or from the Shinkansen bullet train, among many others. Choose your favorite perspective for your audiovisual project. Hiroshima is a city marked by the explosion of the atomic bomb in World War II. As you approach the Dome of the Atomic Bomb, one of the few buildings that remained after the explosion, you will realize the magnitude of this disaster and the horror that its inhabitants experienced. A location for your photographic shooting or audiovisual production that evokes the end of the world. This chain of Pacific islands is located about 1000 km south of Tokyo. They are subtropical islands with white sand beaches, a warm blue sea and a rare flora and fauna. Divers and scuba divers can swim with dolphins and turtles. Surely a location for your audiovisual project that you did not expect to find in Japan. Hokkaido is the last frontier of Japan, a volcanic territory, often wild, with huge mountains dotted with lakes and hot springs, rich in sulfur. Landscapes with an endless sky and a spectacular topography for your audiovisual production or photographic shooting.

The chain of islands, known as Nansei-shoto, is located more than 1000 km southwest of Kyūshū, towards Taiwan. The climate is mild, most of the year, and some of the islands, such as Ishigaki or Kerama, are known for their beaches with palm trees, white sand and turquoise waters. Others, such as Yakushima or the remote Iriomote-jima, are covered with the last remaining virgin forests of Japan. Will you miss these tropical islands and their spectacular locations in your next audiovisual project?

One of the best views that can be enjoyed in Japan is the Kamikōchi valley, a river valley surrounded by the Japanese Alps. The crystalline Azusa-gawa River crosses here forests of weeping willows, larches and elms. It is the starting point of the ascension to some of the highest peaks in the country, such as the Yariga-take (3180 m). In and around the valley private cars are prohibited, which reduces the impact of the crowds. Pure nature for your photographic shooting or audiovisual production.

IF YOU LIKED THIS COMPILATION OF LOCATIONS in japan AND YOU WANT TO KNOW MORE ABOUT REMOTE DESTINATIONS LIKE THESE FOR YOUR AUDIOVISUAL PRODUCTIONS OR PHOTOGRAPHIC SHOOTINGS, CONTACT US NOW.

The 15 most impressive waterfalls in the world

The most impressive geysers in the world