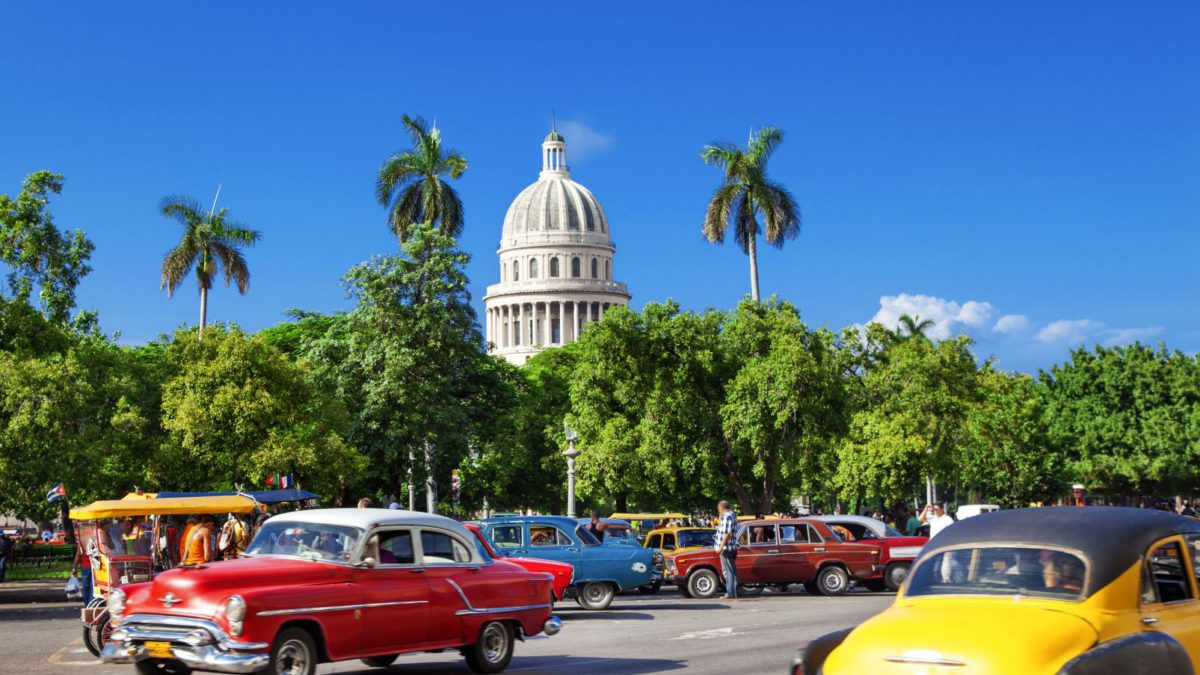 Cuba is the largest island of the Caribbean. With a warm climate, postcard beaches, mysterious mangroves, coral reefs and a rich history like few others. Cuban rhythm, music everywhere, dance, old cars, rum, sugar cane and the most open and friendly people you can find. Go ahead and live the most authentic Cuba for your audiovisual production or photographic shooting.

With some 11 million inhabitants on 109.860 km², traveling in Cuba should be fast, but the distances between the tourist spots, the weak transport systems that connect them and, above all, the numerous places to visit can make it will cost you a lot of time to reach them, so plan your route well for your audiovisual project or photographic shooting.

Havana is the great metropolis of Cuba and the main port of the island. Its old quarter, Old Havana, has four historical squares and unique bars and streets that will captivate you. La Habana Centro is less touristy but more real if you want to capture the true Cuban life in your production. And don’t forget El Vedado, where the nightlife stands out. We must also especially highlight El Malecón, to enjoy a sunset. Havana is a movie city, full of personality with many special corners brimming with history. Viñales is a picturesque locality in the western end of Cuba, framed in the valley that bears the same name. It is a green, natural area where between the colorful houses cows, roosters and animals of all kinds are walking in the middle of the streets.

Viñales Valley is a most unique landscape, declared a World Heritage Site by UNESCO, where you can cross the Indo Cave by boat, visit a tobacco plantation and its factory, take a dip in the legendary Salto de Soroa or relax on the beaches of Cayo Jutias. A multitude of locations for your audiovisual production or photographic shooting.

Cienfuegos is the most French city of Cuba, known as the Pearl of the South. It is full of life, and combines Galician elegance and Caribbean character. Its light is incredible for an audiovisual project when it gets dark. You will be able to appreciate in Cienfuegos its incensing cultural and artistic life.

Near Cienfuegos you can go to the Natural Park of the Nicho. Here you will find nature in abundance and a magnificent waterfall that descent from a mountain to give you a cold and invigorating bath in a spectacular landscape. Trinidad has an impeccable colonial aspect, with stone floors, narrow streets, churches and museums that are worth taking advantage of in your audiovisual production or photographic shooting. At night, live music floods the streets. It is like a trip to the past, and it is one of the most touristic towns in the center of the island. Its historic center is a World Heritage Site since 1988 for its splendid Plaza Mayor, the Church of the Holy Trinity and Santa Ana, the Historical Museum of the City and the Ortiz Palace, converted into an art gallery. This is the second largest city in Cuba, frenetic, noisy, but also beautiful and real. A mixture of different races and cultures define it as ‘the most Caribbean of Cuban cities”. The fortress of San Pedro de la Roca and the set of ruins of the French coffee plantations, located in the mountains to the east of the capital, are recognized as Cultural Patrimonial of Humanity.

In the Sierra Maestra Natural Park, nearby, are 17 peaks over 1300 meters of height, including the Turquino and the Gran Piedra, the two highest peaks of Cuba. Great locations, urban and nature, for your audiovisual project. In addition, Santiago celebrates the most spectacular carnivals in the country and has been the birthplace of all musical genres of Cuba, root and soul of the island. Santa Clara is known as the city of Che, his remains are found here. The Monument for the Armored Train is one of the places linked to this figure. The La Caridad theater, the National Monument, the Leoncio Vidal Park, the boulevard, the Martí library and the Museum of Decorative Arts are some of the city’s landmarks, which you can use in your photographic shooting or audiovisual production. The Santa María, Las Brujas and Ensenachos cays are also located in this area, with abundant coral formations and a great diversity of species, ideal to enjoy diving. French immigration at the end of the 18th century turned Matanzas, the provincial capital, into a rich and cultured city, the most prosperous in the interior of the island. Here you will find important places of interest such as the Sauto Theater, the Triolet Pharmacy and the Church of San Carlos. At the exit of the city, on the road to Varadero, you can enjoy a boat or horse ride in the natural environment of the crystal clear waters of the Canímar River, or visit the ruins of an old coffee plantation.

South of Matanzas is the Zapata Peninsula located, the largest wetland of Cuba and the most significant reserve of flora and fauna. Here you find the Tesoro Lagoon and the crocodile farm of La Boca, one of the largest in Latin America. The natural landscape is very rich and serves as habitat to an exceptional flora and fauna. Another location with many options for your audiovisual project. Few places in Cuba exhibit so much natural beauty as Pinar del Río. It counts two of the six World Biosphere Reserves on the island. The charm of its flora and fauna is its main attraction, but this province is also known as the land of the best tobacco in the world.

Here we find the Viñales Valley and the Terrazas complex, a sustainable development tourist community. And Soroa, with its orchid garden and its beautiful waterfall, ruins of French coffee plantations, the Laguna Grande reservoir, the cave system of Santa Tomás, the international Diving Center María La Gorda, located in the Guanahacabibes Biosphere Reserve and the cays of the north: Levisa, Paraíso and Jutía. As you see… plenty of locations in this area for your audiovisual production or photographic shooting. The remote area of Santa Cruz del Sur is quite far from the tourist mass. This fishing port at the end of a road is a good starting point to explore the tranquil cays of Jardines de la Reina, a lush mangrove forest, 120 km long, as well as a coral reef and a marine park of 3.800 km² in which we still can find virgin areas that few have seen since the landing of Columbus. It is not the most accessible place in Cuba, but it offers desert locations for your audiovisual project. The best known coastal area of Cuba is Varadero, which boasts the longest beach in the world, with caverns, a splendid nature in the Varahicacos Nature Reserve and an interesting urban center. But also if you want to find idyllic and less crowded beaches, do not hesitate to visit The Keys. In the centernorth of the island stand out, for example, Cayo Coco and Cayo Guillermo. The cays, islands and islets of Cuba are landscapes of unusual beauty, with spectacular beaches, intimate, cozy and picturesque, defended by coral reefs and with an abundant vegetation that hosts a diverse fauna where pink flamingos reign. True heavens for your photographic shooting or audiovisual production.

IF YOU LIKED THIS COMPILATION OF LOCATIONS in CUBA AND YOU WANT TO KNOW MORE ABOUT REMOTE DESTINATIONS LIKE THESE FOR YOUR AUDIOVISUAL PRODUCTIONS OR PHOTOGRAPHIC SHOOTINGS, CONTACT US NOW.

The Lofoten Islands, Norway, as location for your audiovisual production

Natural sites, castles and spectacular cities for an audiovisual project in Ireland