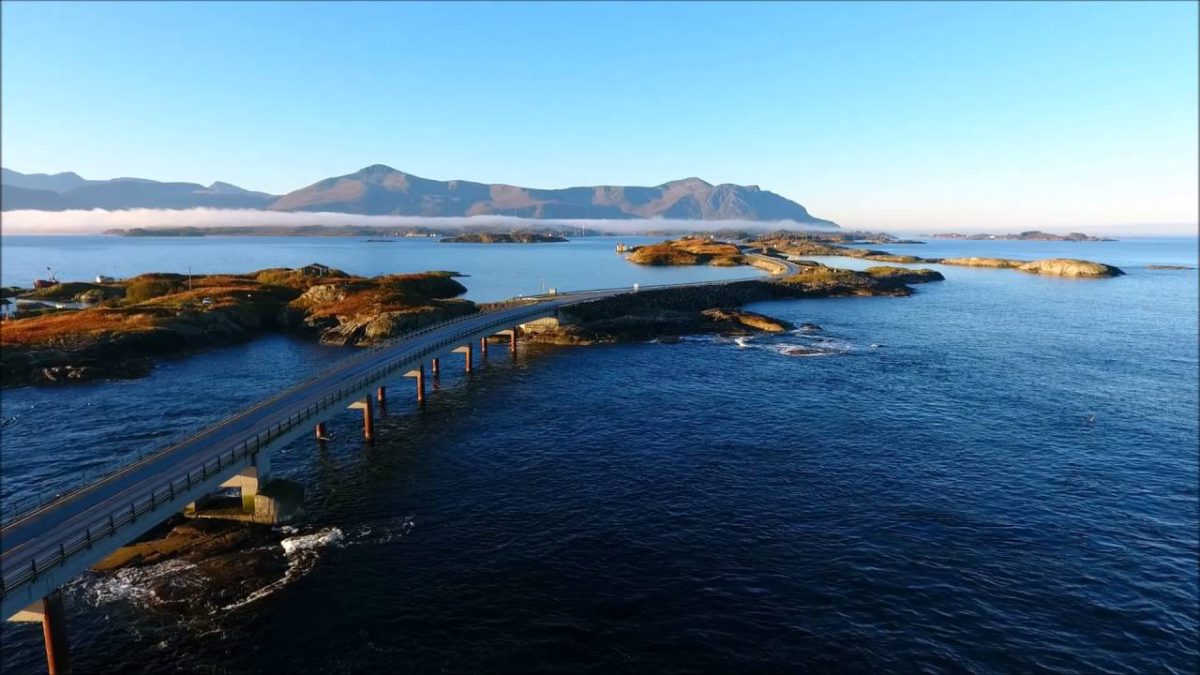 The 15 most spectacular roads in the world

Throughout the world there is a huge number of roads that go through spectacular landscapes making driving a real pleasure. Some meander climbing to almost unreachable peaks, others cross beautiful natural parks, some descend through impressive valleys, others travel through magnificent coastal areas…

If you like to drive and want to enjoy the best roads in the world, dreamy landscapes and the freedom of a car trip, these 15 roads are ideal locations for you. An idea for your next audiovisual project or photographic shooting?

This 243 km long road runs along the Australian coast of the State of Victoria and allows you to enjoy natural wonders such as the London Arch or the 12 Apostles, rocks created by the erosion of millions of years of the limestone cliffs in the Antartic Ocean. On its way there are also fishing villages, rainforests, national parks and dream beaches, such as Bells, one of the bests for surfing. Guoliang was once an isolated village in the Taihang Mountains, so its inhabitants decided to build a tunnel by excavating the rock. It is said that this one of the best roads in the world was built by only 13 inhabitants of the town, peak in hand, and it took them five years to finish it. 1,200 Metres long, 5 high and 4 wide. It is open to traffic since 1977 and has as nickname the “road that does not allow any error”.

Road of the Karakórum, between Pakistan and China

The Karakórum route connects the Chinese city of Xinjiang with the north of Pakistan, crossing the mountain range of the same name. It is the highest paved road in the world, one of its steps reaches 4,693 metres of altitude. It follows 1,200 kilometres of the old silk road, accompanied by glaciers, villages where you can stop and huge mountains, including the K2. The best time to travel this one of the most beautiful roads in the world is in spring or autumn, thus avoiding heavy snowfall in winter and monsoon summer rains.

State Route 179 (or SR 179) is a highway that goes from north to south in the state of Arizona and passes through the red mountains of Sedona, which have been described as a “museum without walls”. It offers an impressive landscape of red rock formations that seem to be alive capturing the spirit of anyone. Nowhere else you will feel yourselve as much in communion with nature as here. The «Mother Road » is probably the most cinematic road in history. Films like Easy Rider, The devil on wheels or a scene of Grease have been shot here. It unites Chicago and Santa Monica (California) and is more than 4,000 km long, crossing seven states. It is one of the most mythical routes on the planet. This highway runs through the Florida Keys and is 205 kilometres long, most of which with water on both sides. You can walk parts of the route and enjoy the scenery, the ocean and the sunsets and sunrises, if you go at the right time. During the holidays there is usually a lot of traffic and is it not especially a pleasant drive, but who cares to find a traffic jam in the middle of the ocean on one of the most beautiful roads in the world? The road of death, Bolivia

This road goes from La Paz to Yungas in what are 80 kilometres of an authentic heart attack; not in vain it received the most dangerous road title in the world in 1995. It only has one lane (which in some sections does not exceed three metres wide), it has no windowsills and if you are careless you can fall 800 metres vertically. In addition, fog and rain can reduce the visibility and mud floods the road in the worst cases. On average, there is a fatal accident every two weeks. However, today there is very little traffic and only travelers who are avid for excitement visit it. With 21 km is this gorge, located in Cantabria, the longest in Spain. It is reached from the winding road N-621. In its interior there are several viewpoints that offer magnificent views of the large, almost vertical walls of limestone, some over 600 metres high. It has a length of 325 km, and is currently part of the Route Nationale 85 in the direction of Paris. From Golfe-Juan to Grenoble, passing through the regions of Provence, Alps, Cote d’Azur and Rhône-Alpes, it follows the path that Napoleon followed to regain his throne after a year of exile. The road passes many picturesque villages full of charm. It is the highest paved pass in the Eastern Alps, located at an altitude of 2,757 metres. It owes its fame to the 48 sharp turns in a stretch of only 24 km, with an average difference of 7.6%, between Valtellina and Merano. Cycling enthusiasts know it well: it as one of the star stages of the Giro d’Italia.

Apart from being a mythical route for cyclists, it owes its worldwide fame also to a couple of ramps that take off the hiccups, and the very narrow sections that add emotion to driving. In addition, the landscape is spectacular and there is very little traffic. The romantic route accompanies the visitor along 400 km from Würzburg to Füssen in Bavaria. It connects over 60 locations and on the way you can see churches, cathedrals, castles and convents, medieval villages of undoubted charm as Dinkelsbühl, and also vineyards and several hills before reaching the Bavarian Alps. The Atlantic road links several islets in only 8.72 km through eight bridges in a perfect combination of nature and engineering. It runs only a few meters above sea level in the Atlantic Ocean, which makes it a challenge for even the most audacious drivers.

This is the main road in Iceland, the one that encircles the whole island. It has only one lane per direction, except in the most populated areas, and there are stretches that are still unpaved, but it is still the main road in this sparsely populated country. The best thing is that it passes the geysers, volcanoes and everything there is to see when visiting Iceland. Some consider it as one of the most beautiful roads, at least in Europe. Along 90 kilometres of curves this road crosses the rugged hills of the Carpathians. It usually stays closed from the end of October to June because of the snow. In addition to the attractive landscape, in its route we also find the Poenari castle, which was the residence of the prince who inspired the novel Dracula by Bram Stoker. IF YOU LIKED THIS COMPILATION OF LOCATIONS around the world AND YOU WANT TO KNOW MORE ABOUT REMOTE DESTINATIONS LIKE THESE FOR YOUR AUDIOVISUAL PRODUCTIONS OR PHOTOGRAPHIC SHOOTINGS, CONTACT US NOW.