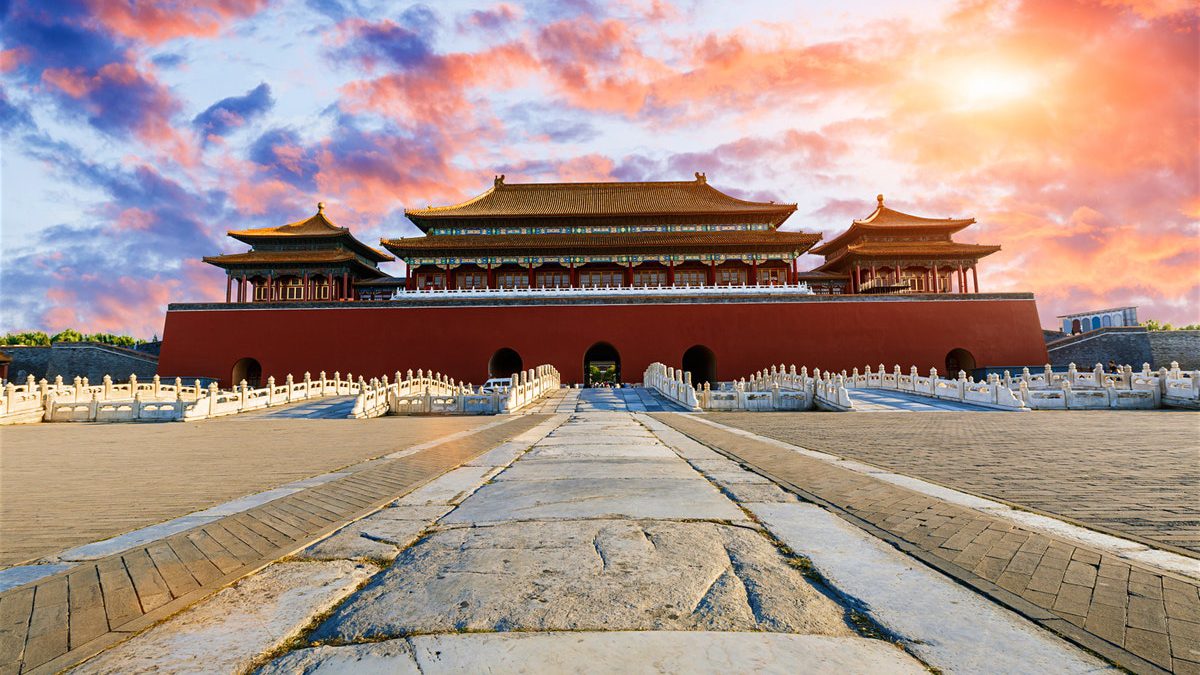 The indespensable locations of China

China is one of the most visited countries in the world, not because it is the most inhabited, with more than 1300 million inhabitants, but because it brings together impressive natural spaces and an ancestral culture that will impress anyone who dares to travel to the Far East.

With its area of ​​9,596,960 km² is China, which has borders with fourteen sovereign States, the third largest country in the world by land area, behind Russia and Canada. The Chinese landscape is vast and diverse, from the steppes and deserts of the Gobi and Taklamakan in the arid north, to the subtropical forests in the humid south.

The immense mountain ranges of the Himalayas, the Karakórum, Pamir and Tian Shan separate it from the south and the center of Asia. The Yangtze and Yellow rivers flow from the Tibetan plateau to the densely populated eastern coasts. As you will see, China has all the locations you can imagine for your next audiovisual project.

A visit to the Chinese capital is essential, not only for its historical monuments, but also for the possibility of knowing the Chinese way of life, both past and present, its rapid modernization process, its trade, its shows and its gastronomy. In the center of the city of Beijing you will meet the greatest exponents of the Chinese history.

In Tiananmen Square, the largest square in the world, you can find the Imperial Palace, better known as the Forbidden City. A unique location for your audiovisual production or photographic shooting.

The Summer Palace is a large park located in the north of Beijing, in its center you will find a large lake and a hill surrounded by lush forests. In this beautiful enclave the relaxing nature is combined with more than three thousand buildings and structures of traditional Chinese architecture. Apart from knowing the great historical monuments and seeing the increasing modern zones with the big skyscrapers, in a trip to the capital of China it is essential to visit also the “hutong”. These traditional neighborhoods gradually disappear due to the advance of the great urban development of the city. In this historic medieval city you will find the excavations of the Terracotta Warriors, considered as one of the great wonders of the world. You can not miss this unique location in your audiovisual project. Also impressive is the Temple Da Ci’en, whose main buildings are the Great Pagoda of the Wild Goose, and its Bell and Tambor towers. The Great Pagoda is a large building, 64 meters high, built in seven levels. A large set of religious buildings surrounded by lush and beautiful gardens. Another attraction of the city is the impressive Old City Wall, 14 kilometers long, with a square shape that completely surrounds the historic center of Xian, which stands out for its width between 12 and 14 meters. The greatest expression of the modern China will be found in Shanghai, a city where you can also see various corners of its historic colonial past.

In order to get to know the most historic side of Shanghai you should go to the Yuyuan Garden, in the area known as the ancient city of Shanghai. Nanjing Street in Shanghai, the most important commercial street in all of China, is one of the great examples of the modernity of this eastern country and a fascinating mixture of tradition and modernity for your photographic shooting or audiovisual production. The life of the city of Shanghai is developed around the Huangpu River, and an essential visit is to go to the Bund port area, which extends along the west bank of the river. In the surroundings of the city of Guilin, and specifically during the cruise that takes you to Yangshuo down the Li River, you will find some of the most spectacular landscapes you can see on your trip to China, with small rocky promontories, surrounded by rivers and lakes. Here are among others the famous Hill of the Elephant Trunk and different caves created by karstic erosion, with the characteristic formations of stalactites and stalagmites. Natural wonders for your audiovisual project. Lake Shanshu with its two large pagodas of the Sun and the Moon, the famous rice terraces of the village of Longji and the nearby Cave of the Flute of the Junco are also essential. Pingyao is surrounded by a wall and one of the best preserved historic cities in China, declared a World Heritage Site by UNESCO. It maintains a large part of its medieval buildings, from the times of the Ming and Qing Dynasty, along its main street Ming-qing and the surrounding streets. The medieval wall of Pingyao has a square shape and a perimeter of six kilometers. It is 12 meters high and 4 meters wide, with six gates, up to 72 watchtowers and 3,000 battlements. Very close to the city you will find the Buddhist temples of Shuanglin where you can admire more than two thousand sculptures and the Temple of Zhenguo. The last occupies an enclosure of 11,000 square meters. Locations of all kinds for your audiovisual production or photographic shooting. Chengdu is a historic Chinese city that has become the fifth city in China with more than 10 million inhabitants. In the vicinity of this great Chinese city you can visit the Giant Panda Bear Conservation Center. Animals otherwise difficult to find for your audiovisual project. The Great Buddha of Leshan is the biggest statue of a Buddha carved in stone. It is located opposite the confluence of three rivers, and you have the possibility to see it from a boat sailing on the river, or very close from the park near the top of the statue, where several Buddhist temples are located. Finally, Mount Emei is one of the four sacred mountains of the Buddhist religion of China. Cable cars allow you to reach the Golden Summit, where several Buddhist temples are located. The Great Wall of China

This spectacular wall of more than 21,000 kilometers in length is one of the main attractions of China. Although many areas have been heavily damaged, the wall is still standing and can easily be visited from Beijing. The best preserved and, therefore, most touristic stretch is Badaling (80 kilometers from the capital) but if you want more adventure do not miss visiting the not yet restored areas of Simatai and Jinshanling. It is the most representative location in the country to locate your photographic shooting or audiovisual production. The rice terraces of Yuangyang, that stand out as one of the most beautiful in Asia and the Tiger Falls Gorge, the deepest river canyon in the world, can both be found in Yunnan. The proximity of this area to the mountains of Tibet results in an interesting combination of ethnic minorities that populate their cities and valleys, giving joy and colour with their traditional costumes and customs. Great contrasts for your audiovisual project. Just 30 minutes away from Shanghai is a city full of channels, gardens and exquisitely cared pagodas that make this city your perfect getaway from the jungle of skyscrapers of that big neighbor. The Venice of China for your audiovisual production or photographic shooting. A monumental religious complex attached to a cliff, up to 80 meters high, on a hill. In total there are some 194 caves connected by platforms and footbridges. In its interiors and exteriors there are 7,200 Buddhist sculptures, as well as an infinity of murals. The construction begun some 1,600 years ago and the complex has survive numerous seismic movements.

It is located in the city of Tianshui, province of Gansu. The whole complex is an example of rock architecture, a technique used by many civilizations taking advantage of sandstone. A rare location to locate your audiovisual project. Perhaps nowhere in the world is the beauty of rapeseed cultivation more prominent than in Luoping County, Yunnan Province, China. The particularity of this plant is that it blooms in an intense yellow color, covering enormous fields of this color. In spring its fields are in full bloom, surrounding the area’s mountains with a sea of golden flowers. A spectacular effect in your photographic shooting or audiovisual production.

The red beach is located not far away from the city of Panjin, in the province of Liaoning, within one of the largest wetlands on the planet. It is the saline soil itself that offers the ideal conditions for a red flowering sea weed to develop. The area is a nature reserve, but a small part is open to tourism. Of course it is visited by those who want to know the season when this corner of the wetland becomes the most extravagant beach on the planet. A peculiar beach to locate your next audiovisual project. The Rainbow Mountains of the Zhangye Danxia geological park, with their particular colours due to their composition of red sandstone and mineral deposits, could well star in the list of the most colourful mountains in the world. The curious pigmentation and bare mineral strata are the result of millions of years of erosion. It is a unique location in the world, full of colour for your photographic shooting or audiovisual production. IF YOU LIKED THIS COMPILATION OF LOCATIONS OF China AND YOU WANT TO KNOW MORE ABOUT REMOTE DESTINATIONS LIKE THESE FOR YOUR AUDIOVISUAL PRODUCTIONS OR PHOTOGRAPHIC SHOOTINGS, CONTACT US NOW.

The most amazing locations in New Zealand