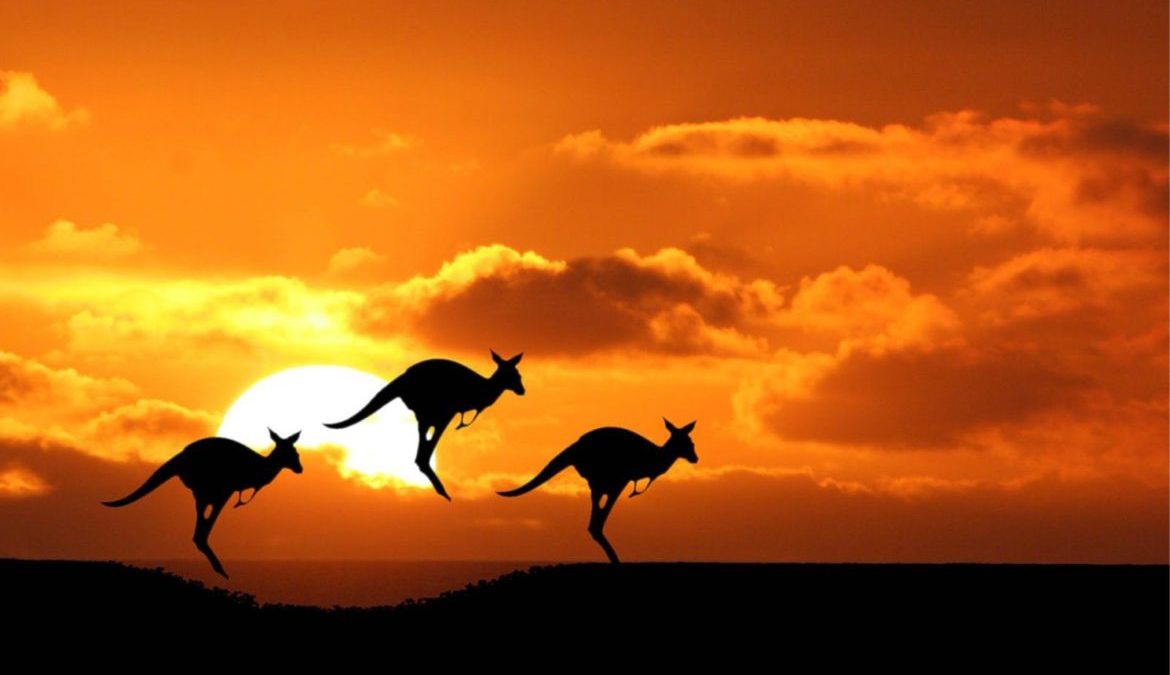 Australia is the sixth largest country in the world with an area of ​​7 741 220 km². It occupies the main continental mass of the platform called Sahul, as well as some islands in the Pacific, the Indian and the Antarctic ocean.

The Great Barrier Reef, the largest coral reef in the world, is located a short distance from the northeast coast and extends about 2000 kilometers with a width of 100 to 300 km. It counts a large number of islands. On the mainland and the islands that make up this great country, you will find ideal locations for your next audiovisual project.

A huge part of the country is desert or semi-arid, it is considered as the driest and flattest inhabited country in the world. Only in the southeast and southwest we find a temperate climate. The northern part of the country, with its tropical climate, has a vegetation that consists mainly of rain forests, woodlands, meadows, mangroves and deserts. This small island, covered with tropical forests and surrounded by a barrier reef, shelters beaches that look like an authentic natural pool. And it is not an island in a remote sea, surrounded by cold water, but in the middle of a tropical climate.

The area is part of the Great Barrier Reef, so you can expect an abundant underwater life and, on the land, a very well preserved site. You can not resist its charms to locate your photographic shooting or audiovisual production. A rocky and rugged coastline where white sandy beaches follow one another, many of them virgin and practically without human presence. Ideal for hiking, with camping areas, and kilometers of coastline. The areas with granite rock peaks are the most photographed, with elevations that do not exceed 350 meters above sea level.

There is a minimum infrastructure, so that nature still reigns here, as in many other protected parts of Australia. Here you will find the most wild, untamed locations for your audiovisual project. It is the third largest sand island in the world, located on the southeast coast of Queensland, and only 58 kilometers from Brisbane, the state capital. It is made up entirely of sand, a gigantic sandy area in the middle of a sea of turquoise waters with an authentic cemetery of sunken ships and the possibility of living with dolphins and pelicans on its beaches.

Marine and underwater life for your most daring photographic shooting or audiovisual production. The Uluru-Kata Tjuta National Park is one of the natural environments protected as a World Heritage Site by Unesco. It is located in the North of Australia, covers 1326 square kilometers and includes the rock formation that gives it its name, the giant red Uluru, also known as Ayers Rock, and, 40 kilometers to the west, the rocky Kata Tjuta chain. Both areas are an ideal location for your audiovisual project.

The Uluru is a gigantic reddish monolith, almost in the center of the country. This limestone rock formation rises about 350 meters above the ground and its outline measures about 9.4 kilometers. Kata Tjuta, in the middle of a landscape that seems to be located on the planet Mars for its reddish tonalities and its curious forms, is a group of rock formations with 36 rounded peaks formed by granite and basalt sedimentary rock. This bay normally appears in the listings of the ten best beaches in the world. A horseshoe beach, with white sands washed by turquoise waters in the middle of a curious arrangement of bays and mountains. It is located on the east coast of Tasmania, near the Coles Bay area. It is one of the best beaches in the world for your audiovisual production or photographic shooting. The coasts of the Whitsunday Islands count numerous natural bays, with white sand and crystal clear waters. Some of the islands also have a forest that serves as a green frame to complete the panorama. They are found within Queensland in Australia, “scattered” on the gigantic coral reef.

Whitehaven beach is the main attraction of the islands, with its extension of 4.5 kilometers of fine, white and bright sand. Another ideal beach location for your audiovisual project. One of the most beautiful natural landscapes in Australia. These giants of limestone, solitary and fragile, are the first to break the onslaughts of the furious waters of the ocean.

Nowadays only 10 of the 12 “apostles” are left and the best moment for your audiovisual production is at dusk or dawn, great moments to admire the best tonalities from the lookout of the catwalks. Built by Australian veterans of World War I. This 243 km road was born with the intention of being a memorial to fallen soldiers. The natural beauty of the place where it runs, has caused it is now one of the main places to visit in Australia.

It goes through wooded areas, wild beaches, impossible cliffs and holiday villages, such as Anglesea, Lome and Apollo Bay. Here you can choose locations of very different typology for your photographic shooting or audiovisual production.

This mountain range, just 50 km from Sydney, has limestone formations with a height up to 1,200 meters. Between them sprout great and lush forests, ranging from eucalyptus to tropical forests, also in their deepest gorges. You can see koalas, gray kangaroos, strange reptiles and even dingoes.

Do not miss the viewpoint from where you can see the Three Sisters, the three most famous rock peaks of the park, they can become the perfect background for your audiovisual project. The Australian west coast is one of the wildest areas in the world. Curious limestone formations rise like ocher and reddish needles in the National Park of Nambung. The limestone from which these needles, the Pinnacles, are composed comes from the shells that populated the area in other eras. Without a doubt, it is one of the most curious landscapes in Australia, and a unique location in the world for your photographic shooting or audiovisual production.

An authentic desert landscape, in which the eroded Pinnacles rise above the yellow dunes. The park is bathed by the deep blue of the Indian Ocean, along a narrow idyllic coast, with white beaches, coral reefs and Lake Thetis, a salt lake full of fossils. IF YOU LIKED THIS COMPILATION OF LOCATIONS OF AUSTRALIA AND YOU WANT TO KNOW MORE ABOUT REMOTE DESTINATIONS LIKE THESE FOR YOUR AUDIOVISUAL PRODUCTIONS OR PHOTOGRAPHIC SHOOTINGS, CONTACT US NOW.

The most amazing locations in Greenland